Get fresh music recommendations delivered to your inbox every Friday.
We've updated our Terms of Use. You can review the changes here.

Where The Watermelons Grow 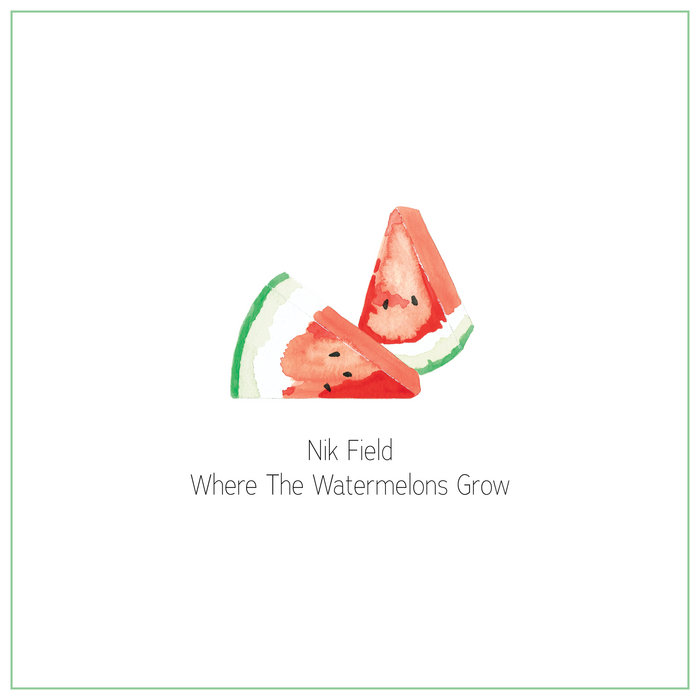 A dusty church room in Chinatown, cozy apartments, poutine and gear hunting through the bustling streets of Montreal. Nik Field’s debut solo album Where the Watermelons Grow brings together the sights, sounds and familiar faces that have defined him as a songwriter. Influences of John Prine, Paul Simon, early Tom Waits, and traditional folk music inspire this diverse set of original songs, each with a compelling story to tell. Where the Watermelons Grow is self-produced, recorded and mixed, and is as honest as they come.

All songs written by Nik Field
Produced, Recorded, and Mixed by Nik Field in various small rooms
Mastered by Dave Draves at Little Bullhorn Studios in Ottawa, ON
Artwork by Kailey Doogan
Photograph by Trevor Pool

Many, many thanks are due. To the old and new friends who helped make this album, to my family for supporting my music and choices, to the folks at open-mics and shows who felt compelled to say nice things, and to a little bird.